There are two main types of lung cancer: small cell and non-small cell.
The small cell develops early and spreads to other organs.
It occurs almost exclusively in smokers and represents 20% of lung cancers Test & Diagnosis.
In almost 60% of people who suffer from it, small cell cancer has already spread when they are diagnosed.
Non-small cell lung cancer (squamous cell and adenocarcinoma) is linked to smoking, passive smoking or radon exposure. It spreads slowly, but it is not curable when diagnosed.
Only 14% of people with lung cancer live five years after diagnosis. If detected before spreading, the survival rate is 49%, but only 15% of lung cancers are discovered soon.
It is more likely that you will develop lung cancer if you have one or more risk factors:

Factors that you cannot control:

Gender Women are more vulnerable. In one study, a gene linked to the abnormal development of lung cells was more active in women than in men, regardless of whether they smoked. Research indicates that smokers are more sensitive to the chemicals in the cigar that cause cancer.

Factors that you can control:

Smoking Nine out of ten cases of lung cancer are caused by smoking. The more you smoke and the longer, the greater your risk.
Passive smoking although you do not smoke, your risk increases by 30% from daily exposure to secondhand smoke.
Carcinogens in the workplace 4% of cancer deaths each year are from exposure at the workplace to carcinogens, such as asbestos, arsenic, methyl chloromethyl ether and chromium compounds. The risk is much higher among smokers.
Estrogen replacement According to one study, estrogen replacement may favor the development of non-small cell lung cancer
Exposure to asbestos and toxic chemicals Repeated exposure to asbestos fibers, at home or in the workplace, is also a risk factor for lung cancer. Some studies show that, compared to the general population, asbestos workers are seven times more likely to suffer from lung cancer and, if they are smokers, they increase their risk of developing lung cancer 50 to 100 times. In addition to asbestos, workers in the mining industry who are exposed to carbon products or radioactive substances, such as uranium, and workers exposed to chemicals, such as arsenic, vinyl chloride, mustard gas and other carcinogens, have a higher risk of developing lung cancer.
As the tumor grows and interferes with the normal functions of the lung these symptoms may appear. It is convenient to go to the doctor as soon as possible to rule out that it is not cancer.
Some medicinal plants can be useful in boosting the immune system, helping the body to fight against the disease, while they can alleviate the symptoms of cancer as well as the perverse effects of chemotherapy. Here are some remedies with these plants: 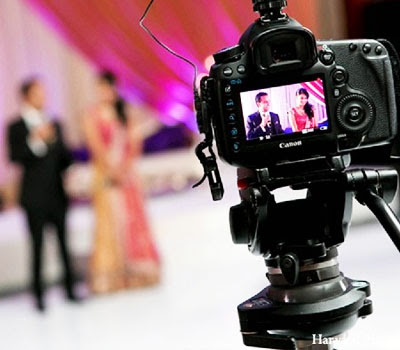 What you should take into account to choose the best wedding photographer. Under our experience, what is and what is not important in the election. Why choose one and not another?

Recommended: Wedding Photography in Byron Bay | Lucas Kraus Photography
We have an excellent knowledge of the various areas in Byron bay that are special for wedding photography Byron Bay. This is a fabulous location surrounded by breath taking beaches and beautiful bush hinterlands.

2. Inform you of who will be the photographers who will attend the wedding. Many times the couple contacts with photography studios because they have a lot of renown and fame in the world of weddings. But then, depending on the demand they have, other photographers come to cover a certain wedding. Try to find out what photographers will go to your wedding and to appear by contract. If you want certain professionals who do not go other than you have not seen in person. It is a very important point.
3. Beware of photographers who do not usually engage in weddings. A photographer can be very good in a certain field, but if he is not a professional in the photography of Weddings it is possible that you will not get the result you are looking for. At weddings it is vital to understand the essence of each moment, to know how to capture sensations, moments, feelings, expressions of those nervous boyfriends who want everything to be perfect. Only the experience in this field is able to provide the photos that the couple is looking for, so it is vital that you decide on photographers who dedicate themselves to wedding photos to get the memories you want.
4. Be careful if the photographer uses black and white photographs a lot. If it is true that these photos are very warm and of great beauty, but it may be the strategy to hide bad color photos. If a photographer presents you with many black and white photos, you suspect a little. In addition, color photos can be passed to black and white later, but not vice versa.
5. Ask the number of photos that they will give you. It is often suspect both photographers who deliver few photos and those who deliver many. Less is more, always remember, an average of 500-700 photos is usually adequate to select the best that will form the album and to discover wonderful photos every time they are contemplated.