Skip to content
Should Gaelic be an optional course in law school?
For years, political commentator Jack Lessenberry kidded about lawyers with Irish sounding names ending up on the Michigan Supreme Court.
…maybe he wasn’t kidding? Heck, he’s right!
There have been 32 justices who have joined the court in the past 56 years (since 1958).  A quick review finds many names that hark of the Emerald Isle: 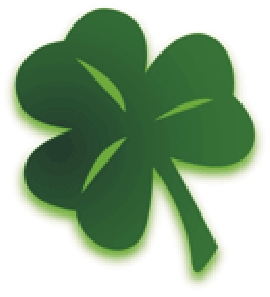 And saving the best for last (and out of order), is Kavanagh/Cavanagh, at least one of whom has been on the court continuously since 1958 thanks to three different justices.
Michael Cavanagh came to the high court in 1982, and is still there today.  He joined a court that already had a Thomas G. Kavanaugh (1969-1984).  That middle initial is important because Thomas M. Kavanaugh (1958-1975) overlapped with Thomas G. for six years!
The fourteen judges above with the C/Kavanagh trio brings the list up to 18 – more than half the justices!  Compare that with the fact that just under eleven percent of Michiganders claim Irish heritage.  Clearly, the Irish are doing well.
Keep in mind – even though our state’s supreme court justices run in an officially nonpartisan election, they are nominated by the political parties to get on the ballot in the first place.
So, it’s not the whims of a primary process that culls out candidates.  It’s not an accident that so many people with one particular kind of ethnic name keeps getting chosen by the parties to run for the court – there’s been (and still is!) an intentional, multi-generational approach by both parties to pick folks with Irish sounding names.
To close, truth-in-advertising disclosure: I’m Irish too, and will be having a Guinness tonight while toasting my relatives in Maynooth in County Kildare!