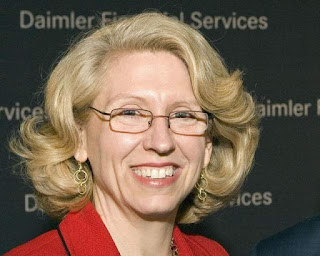 I think it’s time for Michigan Republicans to get behind one candidate for the US Senate and start working on winning in 2014.  I think that candidate is Terri Lynn Land.

1) She can win.
2) She wants the job.
The other two major names tossed around – Justin Amash and Mike Rogers, do not have both of those qualities.
She can win. I don’t think Amash could.
Every Michigander in the state knows Terri Lynn Land – they’ve seen her name for years as our Secretary of State.  While it will take work to convert that name recognition into support for her campaign, it’s a far better position to be in than not starting off with statewide recognition.
Justin Amash’s has support in Grand Rapids, but where else in the state?
More damaging is…what is he notable for?  Amash royally irked the House leadership. So much so, they bounced him off the House Budget committee – a plumb assignment for any member, especially one early in their career.
In retaliation, Amash tied to lead a coup during this January’s reelection for Speaker Boehner during the opening of the 113th Congress.
These are not the traits of teamwork and comity many Republicans are looking for.  Ever hear of Reagan’s Eleventh Commandment?  Amash will win reelection in 2014, but his career will be stymied until he understands the value of working with others.
She wants the job. Rogers doesn’t seem interested.
To be honest, I think Mike Rogers would have an easier time winning than Terri Lynn Land.  Rogers has good name recognition and a strong leadership-oriented brand – he comes across as a serious person doing serious things.
But, he’s been avoiding making a decision on the Senate – perhaps he’s waiting for a shot to be FBI Director, perhaps he’s unsure if wants to let go of a sure seat in the US House, with a great committee assignment as chair of the important and high-impact committee on Intelligence.
I wish Rogers had made a decision either way instead of neither.  I get the feeling that he would run while being distracted by his duties in the US House.  I would admire a Rogers’ Senate campaign if he decided to quit as Intelligence Chair to focus on running – thus showing he was in to win.
Time is ticking, and the GOP needs someone now who will give it their all and has a chance at winning.  There’s no guarantee of victory, but we need someone running now.
That person should be Terri Lynn Land.
What do you think? Could Land win?  Why or why not? Leave a comment below!
This morning former Michigan Secretary of State Terri Lynn Land announced she was putting the pieces in place to run for the US Senate. 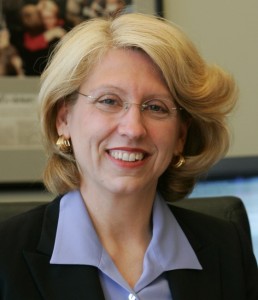 Three thoughts about this:
One – What is her brand?
So, who is Terri Lynn Land? What is her personal story? Is it a compelling one? Does she have a set of beliefs or policy ideas that both set her apart from Gary Peters, and bring over independent voters?
Terri has HUGE name recognition – millions of Michiganders know her warm, cheerful visage from getting their driver’s licence and registering their boats, etc…  But, she has to quickly convert this into a winning formula for 2014.  Just being known is not enough.
She might have made a misstep with her announcement this morning, if what she said is true – that only now she’s starting to build campaign and strategy teams.  Now that she has thrown her hat into the ring, Democrats will have time to define her in the public forum.
Land should have had something ready to discuss on Day One to begin establishing what she stands for.
Never, ever, let your opponent define you.
Two – How does she reach out to the middle and the Tea Party?
To win in November 2014, Land needs to reach out to the Tea Party for support and votes, and yet she can’t alienate moderate Republicans and Independents.
She’s been on the road for both mainstream GOP and Tea Party events the past few months, touching all the bases.  But Land needs an even broader spectrum of voters to come out and vote for her.
Going back to the previous point – what part(s) of her brand will bring in moderates, independents, and the Tea Party?
Three – Where is Mike Rogers?
Congressman Rogers – who some are wondering if he’s been reading too much Hamlet – still hasn’t decided one way or another if he’s running.
Land clarified her position a few hours after her initial Facebook post: she’s in to win, regardless of what Rogers does.
Does that mean there was a quiet conversation between Mike and Terri, letting her know that he won’t be running?
Or, is she hoping to call his bluff, by making it clear she’s in, which further zips Rogers’ already tepid motivation to give up a cushy gig in the US House?
The Democrats are already rallying behind their candidate.  For the Michigan GOP to have the best chance to win, the party does not need the uncertainty Rogers is creating.
What do you think? What can Terri Lynn Land do to burnish her brand? How does she win over moderates and Tea Partiers? What do you think Mike Rogers should do?  Leave us a comment!