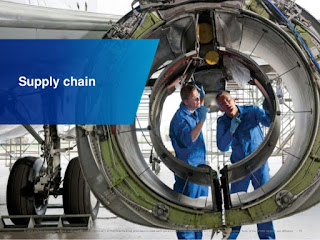 Any supply chain in the aerospace industry has OEMs (the traditional big players of aircraft manufacturing) and suppliers, which can be categorized into Tier 1, Tier 2 and Tier 3 parties. OEMs are responsible for the final design and manufacture, the most critical part of the supply chain. They deliver their orders to the Tier 1 suppliers, who in turn pass on their aircrafts parts requirements to the Tier 2 suppliers. Tier 3 suppliers provide some of the basic components that are required by the suppliers and are higher than them in the value chain.

What to pay attention to?

The scenario is changing within the industry, with Tier 1 suppliers and airframe producers becoming a more integral part of the process. New strategies for reduced costs and improved efficiency made OEMs depend more on Tier 1 suppliers. That increased the risk for both, buyers and suppliers. But it also increased the transparency as far as schedules, plans and aircraft programs were concerned. The bigger players however, were focused less on internal production and more on integration.

Let us look at some key developments and how it is affecting the players within the aerospace ecosystem:

Points to remember about MRO (maintenance, repair, and overhaul)