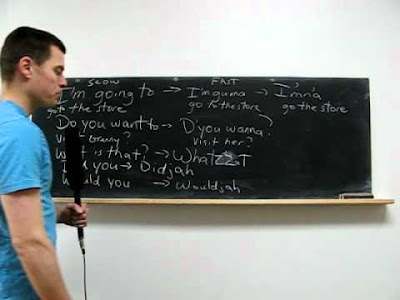 Understanding vocabulary, structures and knowing how to talk is not everything when you learn English. A fundamental part of this is to understand what they tell you. Consider our tips to understand faster.
When you learn a language, one of the biggest obstacles understands when someone speaks. It is that, although we often review the sounds and meanings of words, hearing them for the first time makes something complex.
As in all languages, there are several countries that speak English and each one has its own traits that translate into writing and speaking. So, how can you understand English faster? We give you some tips!
1. Train your ear
The variations in pronunciation are very large among the different English speaking regions (United States, United Kingdom, Australia …), so to capture those differences you need to spend hours listening and training your ear.
Movies or series, music, audio books or radio programs are great resources, but some require a greater command of the language, so it is best to start with the simple and scale up as you gain confidence.
Try not to always use headphones, because in real life you probably do not have so much acoustic quality and you have to deal with the environment that surrounds you.

As you master the language it is easier to decipher what the natives say.

2. Identify the accent
The variations between the different accents are notorious, especially between American English, British, Scottish and Australian, and there are even variations among citizens of the same country, according to the region.
These differences are not only found in pronunciation but in many concepts. For example, while in the United States potato chips are known as “French Fries”, in the United Kingdom and Australia they are “Chips”.

We recommend that you install on your mobile one of the best Android applications to learn English so that your learning is easier.

3. Recognize the registration
There are big differences between listening to a 17-year-old and the Queen of England speaks, so it’s important that you know what you’re up against. Surely the first use words typical of the local jargon, while the Queen will try to use more formal and neutral words to express them.
4. Take advantage of the network
Since the devices today have a connection to the network, take advantage of the benefits. With the boom of the Internet, there are thousands of useful applications to train the ear and better understand the different accents in English.
In addition, YouTube is a great tool, and there are many educational channels that teach listening.