Pregnancy test is needed to ensure if a woman has conceived or not. After getting pregnant, the blood & urine of the woman infused with a pregnancy hormone also known as human chorionic gonadotropin (hCG). This hCG is detected by the test & thus pregnancy confirms. The length of pregnancy can also be detected as the amount of hormone is directly proportional to the length of pregnancy. The egg is  fertilized by a sperm cell in a fallopian tube. After six-nine days the egg & sperm merge as the egg moves down the fallopian tube into the uterus & implants to the wall of the uterus. This phenomenon produces hCG in the female body. Let us know some types of pregnancy tests available. 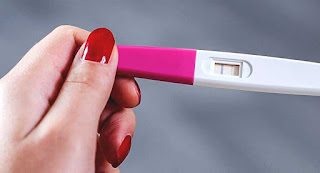 Types of Pregnancy Tests at doctor

Generally there are three widely used tests to detect pregnancy. Those are: